Honouring the Anglo Saxon tradition of Wassail, the Trust's rangers at Trumpington Meadows staged their first ever Wassail event to bless the orchard. The day saw plenty of singing, toast dipped in cider tied to apple trees, the cheery banging of pots and pans  - and dancing like no one was watching . . . !

Once upon a time, at the beginning of each year the lord of the manor would greet the assembled folk with the toast waes hael, meaning “be well” or “be in good health”, to which his followers would reply drink hael, or “drink well”, and celebrations would start with a glass or two. Depending on the area of the country, the wassail drink itself would generally consist of a warmed ale, wine or cider, blended with spices, honey and perhaps an egg or two, all served in one huge bowl and passed from one person to the next with the traditional “wassail” greeting. A recent resurgence of Wassailing has gone hand-in-hand with the increased popularity of community orchards and allotments, as the ceremony is also held to encourage an abundant harvest. Hear ranger Iain Webb discuss Trumpington Meadows and the event on BBC Radio Cambridge with Sue Marchant (starts 31 mins in).

As a spicy apple drink was served at Trumpington, songs were written, then sung - here's the  ancient and modern version . . .

Old apple tree we wassail thee
And hoping thou will bear
Hats full, caps full
Three bushel bags full
And a little heap under the stair

It’s not just trees that we wassail
Without the bees our crops will fail
Not just bees, but beetle, flies
And moths and wasps and butterflies 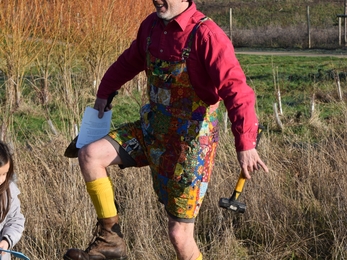 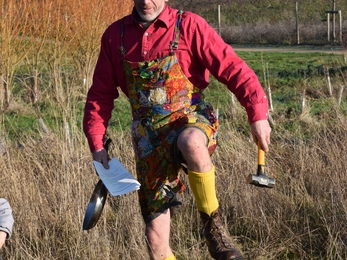 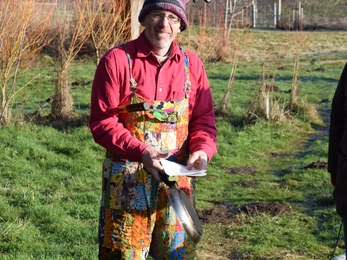 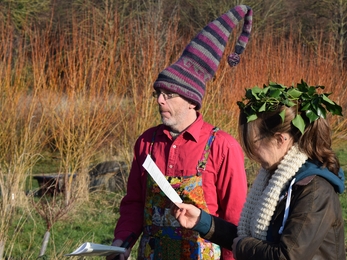 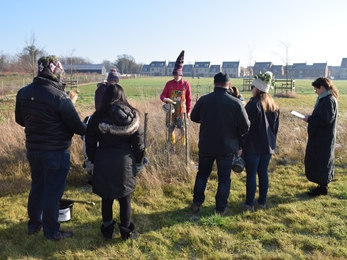 Wassail at Trumpington by Paul Wyer 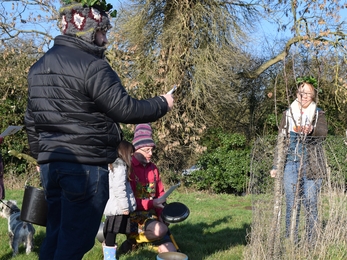 Wassailling at Trumpington by Paul Wyer

The Trust is marking five years of managing Trumpington Meadows nature reserve. From an Anglo Saxon settlement to research on the Maris…