Trumpington Meadows has become a hedgehog release centre in collaboration with Shepreth Hedgehog Hospital. MP Daniel Zeichner came along for the first release of rescued Nora

In collaboration with the Hedgehog Hospital at Shepreth Wildlife Conservation Charity, Trumpington Meadows has become an official hedgehog release centre, and Nora was the first to be released on Friday 27 September. The connection of habitat between nature reserves and surrounding areas is important for all wildlife - but becoming increasingly crucial for hedgehog survival; numbers have declined by about 30% in the last 15 years and there are now thought to be only 1 million hedgehogs in the entire UK.

The Trust's rangers have created a small pen at Trumpington, and the future plan is that up to four times a year, one or two hedgehogs which have been rehabilitated in the hospital will come to stay in the pen for a few days before being released safely onto the reserve.

Nora was found in St Neots by Trumpington Meadows ranger Becky Green back in August. “It was a hot day and she didn't look well; as hedgehogs are nocturnal we realised something was wrong.” Becky and her partner called Shepreth's Hedgehog Hospital who took her in; she had a cut on her foot and many fly eggs attached round her face which can cause fly strike - often deadly. Overnight she didn’t eat and lost weight, before eventually rallying, eating plenty of food and getting back on the road to recovery. 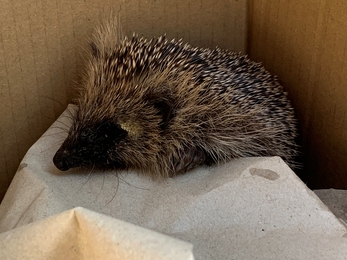 Nora, when found in August by Becky Green 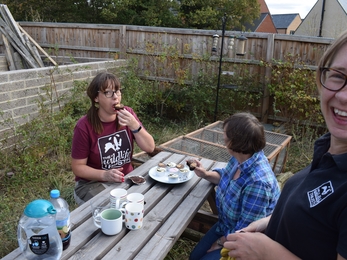 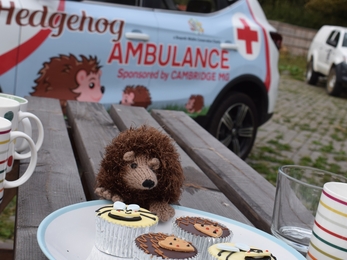 Hedgehog cakes - what else?! by Paul Wyer 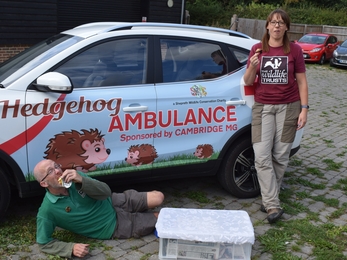 Rangers Iain and Jo make hogs of themselves by Paul Wyer 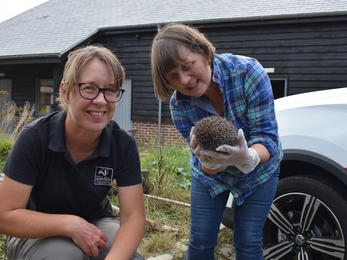 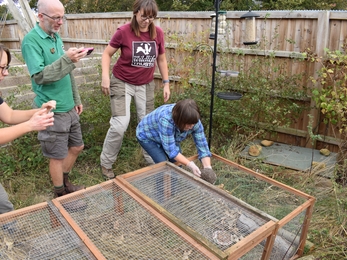 Nora into pen with hog-arazzi by Paul Wyer

Ranger Becky Green says: “I’m so glad I found Nora and was able to help her road to recovery – hopefully she’ll go on to live a long life and have lots of little hoglets! But Nora is just one hedgehog, and we need to do more to protect the habitats hedgehogs live in to ensure a future for these wonderful mammals.”

Judith Large, Volunteer Release Site Manager at Shepreth Hedgehog Hospital says: “At SWCC Shepreth Hedgehog Hospital we are delighted to work together with other organisations involved in nature conservation and education because these are our aims too. We continually need up to date local knowledge about hedgehog populations in particular, and Trumpington Meadows were able to provide some really positive data about hedgehogs at the reserve and in the local environment. Thanks to everyone who contributed to this: by working together and sharing local knowledge, we can make a much greater impact on protecting hedgehogs as well as all other wildlife in our area. We try to get as many hedgehogs as possible returned to their home territory but sometimes this is not always feasible. It is wonderful that Nora has such a good fresh start, she has joined a thriving local hedgehog population and should do well. Thanks so much to the Trust for giving Nora such a great start in her new home!” 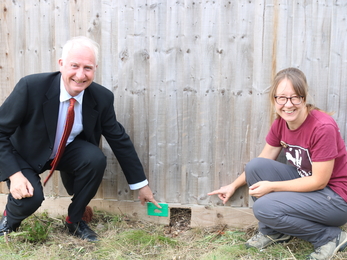 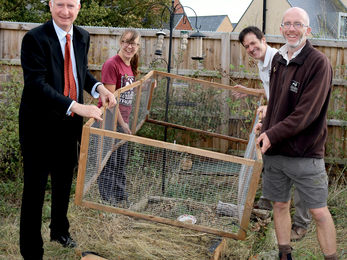 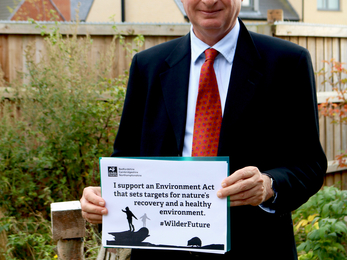 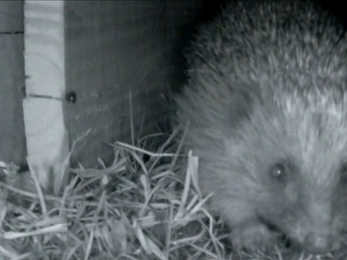 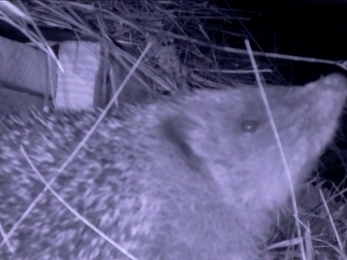 The Trust's philosophy of a Nature Recovery Network - creating connected spaces from nature reserves to gardens, farmland and green spaces in towns and cities - is underpinned by the call for a strong Environment Act. MP for Cambridge Daniel Zeichner visited Trumpington Meadows on the day of Nora's release and emphasised his support for conservation work across Cambridge. He says: "It was a privilege to be at Trumpington Meadows on the day that Nora was released, and it's wonderful to see the collaboration between the Wildlife Trust BCN and Shepreth Wildlife Conservation Charity; their work is invaluable in giving hedgehogs all the help they can get. The work being done here serves to highlight the importance of achieving a robust Environment Act to help the country's wildlife."

Creating connected spaces is becoming increasingly critical for future hedgehog survival. Hedgehogs can travel up to two kilometres at night and are hugely reliant on us to facilitate their needs. Living with us in such close proximity, we can help hedgehogs in numerous ways, such as the simple creation of hedgehog highways, cutting CD size holes in garden fences allowing them to move around freely.

To chart Nora's ongoing recovery at Trumpington before being released, ranger Jo Garrad worked with Sam Gandhi (aka The Jolly Geographer) who oversaw the assembly of Raspberry Pi cameras, kindly donated by MyNaturewatch which captured images of Nora exploring her pen by night, from Monday when she arrived, until her release. Many thanks for all the help and support.

Speak up for nature

Join our campaign for a Wilder Future

We are deeply concerned about the application to begin culling badgers, a protected species, in Northamptonshire, and do not believe…