The Trust is marking five years of managing Trumpington Meadows nature reserve. From an Anglo Saxon settlement to research on the Maris Piper potato to a thriving community with wildlife at its heart, its history has been colourful and vibrant - and the wildlife that has evolved in the last five years more than reflects that

The Wildlife Trust in Cambridgeshire are celebrating five years of managing the Trumpington Meadows nature reserve: five years which has seen rapid results in the abundance of wildlife, increase of rare species and in community engagement.

Along with the wildlife, engagement with local residents has flourished: among the many events that the Trust have organised are monthly meanders, early morning walks to spot brown hares, dawn chorus walks, mindfulness walks, swift awareness talks, colourful wassailing (blessing of fruit and orchards), and forging links with Shepreth Hedgehog Hospital to become a hedgehog release centre.

Having managed the nature reserve since 2015, The Wildlife Trust's partnership with developer Grosvenor dates back to 2008, when the Trust helped advise on and shape the green spaces – from informing planting strategies, grass and wildflower seed mixes, to agreeing the layout of public paths and bridleways.

As summer arrives the hay meadows are becoming abundant with wildflowers from knapweed, field scabious, bird’s foot trefoil, ox-eye daisy to salad burnet all alive with pollinators, bees, butterflies and dragon and damselflies. Senior ranger Becky Green says: “The ranger team and I are so proud to work at such a fantastic reserve, to see first-hand just how much wildlife is thriving here thanks to some very hard work. What makes it even more rewarding is having such fabulous neighbours and local supporters - the local community have really got stuck in, and when you see our volunteers, the engagement on our Facebook group, and attendees at our events, it’s easy to understand the joy that people take in having the meadows on their doorstep.”

Martin Baker, the Trust's Conservation Manager, commented: “Having been involved in the creation of the nature reserve from day one, we have gained valuable experience and knowledge of the site, its wildlife and history. We are now starting to see the fruits of our labours as new species such as swifts, small blue butterflies and wasp spiders colonise - and more and more local people are enjoying Trumpington Meadows."

Andy Sharpe, Director of Project Management for Strategic Land at Grosvenor Britain & Ireland and the Universities Superannuation Scheme, said: “Our partnership with the Wildlife Trust shows what can be achieved when developers are ambitious for the environment. Five years on since the opening of the park and nature reserve, Trumpington Meadows is now home not only for 1,200 households, but also rare animals and plants that have been encouraged to recolonise the landscape after decades of intensive agricultural use.

“At Trumpington, we’ve been an early adopter of measures to improve ecology which are now being mandated nationally through the concept of biodiversity net gain. As the park continues to mature, we hope it will set an example for new development across Cambridgeshire.” 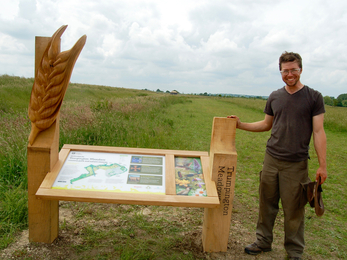 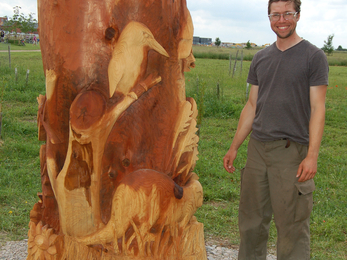 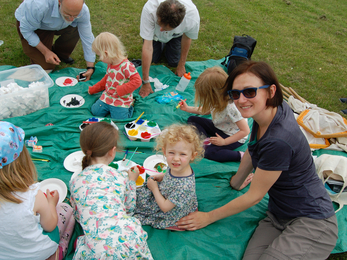 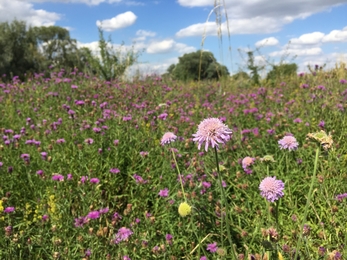 Judicious management is key to creating conditions ideal for certain species to thrive: only this month came confirmation that the very rare (in Cambridgeshire) small blue butterfly have established a colony on site, and more welcome visitors are swifts, who took up residence in purpose built boxes on the side of the Trust office two years ago, back again this year and already sitting on eggs in this year's nest.

Along with many other events, this year's celebration of the hay meadows event on 4 July, National Meadows Day, has had to be cancelled due to Covid-19. The rangers keenly look forward to the time when they can welcome back all their esteemed volunteers and engage once again with the supportive local community – perhaps even have a Birthday Party! Watch this space.

The rare chalk grassland at Totternhoe, Beds has benefitted from restoration work thanks to a generous grant from Biffa Award