The evidence is unequivocal and stark: global warming and climate change are here to stay - and, as Sir David Attenborough told the UN Climate Summit in Poland, we have to take action

On Monday 3 December Sir David Attenborough spoke at the United Nations climate change summit, COP24, in Katowice, Poland. Addressing the 200 national leaders at the summit he said: “Right now we are facing a manmade disaster of global scale, our greatest threat in thousands of years: climate change. If we don’t take action, the collapse of our civilisations and the extinction of much of the natural world is on the horizon.

“The world’s people have spoken. Time is running out. They want you, the decision-makers, to act now. Leaders of the world, you must lead. The continuation of civilisations and the natural world upon which we depend is in your hands.”

This is not hyperbole. Climate change is predicted to cause a greater frequency and severity of droughts, heatwaves, storms and fires - like the fires which devastated California this year, and Spain, the Canary Islands, Australia and South-east Asia in recent years. The evidence is unequivocal: globally, the 20 warmest years on record have been in the past 22 years, and the top four in the past four years. 2018 fits with that pattern - the UK had the hottest summer since records began in 1910. The facts do not change just because Donald Trump or anyone else fails to believe them. But the longer we leave it, the faster and more radical our response will have to be.

This year is the 10th anniversary of the UK’s Climate Act. At the time it was world-leading; many countries have since modelled their own climate change laws on the UK Act. We have made serious progress: in 2017, UK greenhouse gas emissions were 43% below 1990 levels (and for those who fear that tackling climate change is bad for the economy, ours has grown by two-thirds over that time, in spite of the global crash of 2008). That is a creditable performance, but I worry that the government’s response is inconsistent and not joined up. Some parts of government are undermining climate change policy.

We recently joined with our Wildlife Trust neighbours BBOWT, in launching a Judicial Review against Highways England, for their failure to consider the environment in their plans for an ‘Oxford-Cambridge Expressway’. The law requires such a major project to assess the impact of each route option, and use that information in choosing the final route. Highways England (and many developers) would rather choose one route and carry out an impact assessment on it alone as a cheaper, faster option. That can result in bad decisions: in this case, the favoured route is by far the worst for wildlife.

Whichever road scheme is chosen, can we can afford the climate impacts of any new ‘expressway’? I’d argue that an efficient and reliable rail link between Oxford and Cambridge would remove the need for the road. Besides, we’ve all seen how new roads which initially relieve congestion quickly attract more traffic and become equally congested themselves (and cease to be an ‘expressway’). Better public transport is a more lasting and low-carbon solution - the best solutions for climate change are often also the best for wildlife.

This Trust was one of the first to commit to landscape scale conservation (we began preparations for the Great Fen in 1997), so we are not surprisingly campaigning, with the whole of The Wildlife Trust movement  and other conservation organisations, for the most ambitious possible Environment Act. This should include a Nature Recovery Network based on clear and well-evidenced mapping (remarkably similar to the Habitat Opportunity Maps we produced in the early 2000s). Such an Act would help deliver our long-term vision for A Living Landscape, which we launched in 2003 - as the Wildlife Trusts’ response to climate change.

We will continue to press for better legislation and national policies and to object to inappropriate developments locally. We are also committed to restoring and reconnecting wildlife habitats on the ground, and when this can be achieved alongside development, we will help make it happen: at Cambourne, Trumpington Meadows and Lilbourne Meadows, we have already shown it can be done.

Thank you for your support, which enables your Wildlife Trust to do all this; please help us in this by: 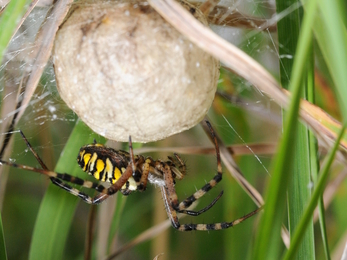 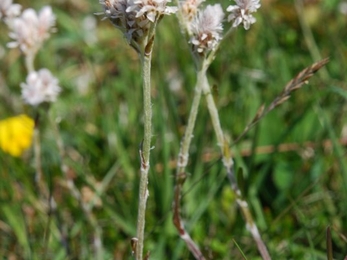 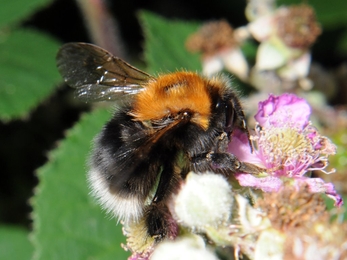 Wasp spider colonised Britain in the 1930s, but was restricted to within five miles of the south coast until 1989. The hot summers that year, 1990 and 1991 enabled it to begin expanding its range northwards.  It arrived in Bedfordshire in the late 1990s, and Cambridgeshire in the early 2000s; it is now recorded as far north as Derbyshire.

Mountain-everlasting used to occur on many of the higher chalk hills of southern England. A tiny population still survives at Barnack Hills and Holes, just west of Peterborough. This is now on the south-eastern limit of its range and further contractions northward are to be expected.

Tree bumblebee first arrived in Britain in 2000, a natural colonist from mainland Europe.  It quickly became established, the only bumblebee regularly to nest in bird-boxes.  It is now one of the commonest garden bumblebees in much of England, and has reached central Scotland already.

Matt Hayes, research assistant at the Cambridge Museum of Zoology, has worked with the Zoology Department's Insect Ecology Research…