For the last year a temporary structure has been in place at Girder Bridge in the Nene Wetlands nature reserve - prior to that there was no connection as the previous bridge had been dismantled. With the creation of the new Nene Wetlands nature reserve as part of the Rushden Lakes development, it was always the intention of the Trust and developers to restore the bridges to give local people easy access to the Rushden Lakes retail area and to parts of the reserve. The main bailey bridge over the river was restored and opened as planned but work to restore the Girder Bridge over the back channel proved both more difficult and costly due to unforeseen difficulties requiring extensive re-engineering of the bridge supports. Although access was possible from Irthlingborough it involved detours and use of unsurfaced paths which became less than pleasant in wet weather; as a short-term measure the Trust installed a temporary footbridge a year ago to give easy access as soon as possible. Now, thanks to funding from East Northamptonshire Council and the Heritage Lottery Fund the permanent structure has been made possible.

Historically, to facilitate the access of workers during sand and gravel excavation last century, various bridges were built across the River Nene and some of the back channels in the Nene Valley. Most of this work was carried out in the second half of the 20th century (although excavation is still being carried out on a smaller scale at a few sites further up the valley). When work finished it was common practise of the extraction companies to decommission the bridges by removing the decking surface, which was done to avoid the cost of maintaining the bridges. The girder bridge was probably dismantled in the late 1960-early 1970s.

Toni Castello, Nene Wetlands senior ranger said: “It's very significant to link the two large areas of the nature reserve for public use with a permanent structure at long last. This greatly enhances the quality of the area, allows improved access to and from Irthlingborough while facilitating full access to the nature reserve. We're very grateful to East Northants Council and HLF for funding, and thank those using the reserve for their patience during the building works.”

Leader of East Northamptonshire Council, Cllr Steven North, said: “We are delighted that the new Girder Bridge is now open at the Wildlife Trust for Bedfordshire, Cambridgeshire and Northamptonshire's Nene Wetlands nature reserve. This new structure will provide a vital link between the Greenway footpaths and cycle-ways around the lakes, giving people more opportunities to enjoy the wildlife our district has to offer.” 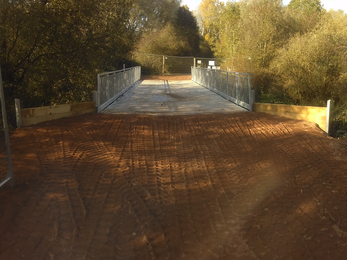 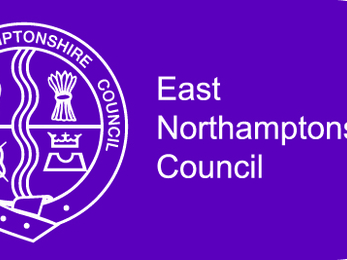 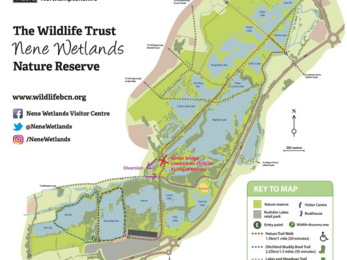 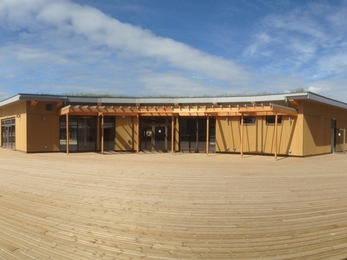