Across our region much vital maintenance work has been made possible with a generous grant from the Heritage Emergency Fund, enabling use of contractors, purchase of new equipment and habitat management

During 2020, reserves across Beds, Cambs and Northants suffered from a combination of lack of maintenance, vandalism and greatly reduced work party capacity due to Covid 19 and the restrictions of lockdown. The National Lottery Heritage Fund Covid 19 emergency grant threw a lifeline with £47,000 of funds to help make repairs and improvements in the places that needed it most.

Bedfordshire
Fewer practical tasks were possible than in a 'normal' year, with volunteer tasks particularly affected. With more than 20 volunteers usually on a midweek team, during the past 10 months, when able to run work parties, numbers were greatly reduced, which had an obvious impact on how much work could be done on reserves. The NLHF funding enabled high priority work to be done, making use of contractors. In particular, at Blow's Downs, one of the most significant reserves in our North Chilterns Chalk Living Landscape, fencing repairs were done which means that the conservation grazing regime, vital for keeping the chalk grassland in good condition, could continue safely. Scrub control by contractors also helped preserve the chalk grassland, along with mowing of the community orchard to keep it in good condition.

As reserves have been busier than ever, sadly there was a rise in vandalism - at Totternhoe a gate and fencing were targeted: the fund has helped repair the damage caused, plus more padlocks were bought to replace those damaged or removed. The NLHF grant also enabled us to buy more PPE, in particular for volunteers using brushcutters; people were able to have their own set rather than needing to share, risking virus transmission.

Cambridgeshire
At Woodston Ponds, near Peterborough, 500m boardwalk around the main reed bed area of the site had become damaged or dangerous and is now repaired, plus encroaching vegetation alongside the boardwalk trimmed. Staff from the West Cambs Reserves team, acting within the Wildlife Trusts Safe System of Work (SSoW) completed three days of group working to remove and replace nearly 40m of boardwalk entirely, replacing an additional 25 boards across the rest of the boardwalk and installed nearly 50m of new non-slip material. This generated three trailer loads of waste timber and scrap metal, disposed of in a hire skip once transferred off site. Further repairs are anticipated in the coming months, so stocks of support timbers and replacement boards has been made to respond to further reports of damage or decay. Areas of fencing were vandalised and demolished over a 7m section, with the grant funding received, timber stock was purchased and a new 10m section is now in place restoring site security and visitor safety.

Similarly at nearby Lattersey NR, 300m of boardwalk was repaired and boards replaced. The funding permitted purchase of an amount of materials to replace a few sections of the boardwalk where the support timbers and surface planks have been damaged and temporarily repaired over the last year, or replace unsalvageable sections due to the degradation of the existing materials. Evidence was found from gatherings of people, drinking, barbecuing or setting small fires within the grasslands: staff and volunteers have now restored these areas to allow them to return to their normal condition.

Local users - including wheelchair users - of both reserves are grateful for and have commented favourably on the repairs. 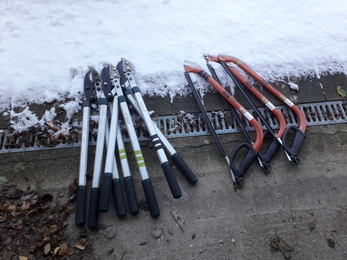 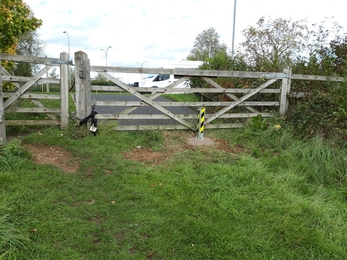 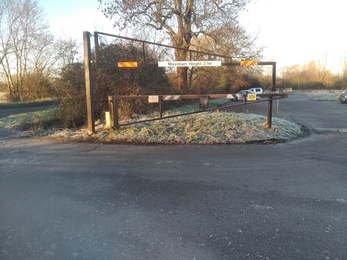 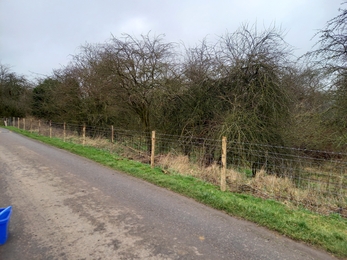 In Northants the grant allowed bringing in contractors to help with jobs which could not be done over the spring and summer as staff time on reserves was limited due to furlough, and volunteer work parties suspended. This included cutting fringing vegetation at Titchmarsh (top of page) and Summer Leys to create muddy edge habitat for breeding waders and an open landscape favoured by overwintering birds. Fencing repairs and scrub clearance at Woodford Halse, Stoke Bruerne and Barford meant that late summer grazing could take place on those sites to keep coarser vegetation in check.

Lockdown also led to much higher numbers of visitors to our sites, not all of them sticking to permissible routes. The funding allowed us to improve the access security at Summer Leys and Storton's Pits reducing potential unwanted disturbance and anti-social behaviour. The funding also allowed the purchase of visitor counters, used across more urban reserves to monitor future usage and allow better planning of access and interpretation for these reserves. We’re hoping the increased ‘discovery’ of local reserves during lockdown will lead to increased volunteer numbers when work parties resume and the funding allowed us to buy new tools meaning work parties will be able to operate without tool sharing.

The Last of the Junipers

Two projects have benefitted from Tesco Bags of Help funding: a project enhancing Health and Wellbeing at the Great Fen and Paxton Pits…