There has been lots of news coverage of several reports by various organisations around the crisis that our country, and our planet, faces from the climate emergency, loss of biodiversity and the degradation of the natural world.

We know the struggle is global as well as local, and the action required is massive, but we are making a difference, and there is still time to act.

The UK Parliament has now declared a Climate and Environmental Emergency, and though this is largely symbolic, it shows how far up the political agenda these issues have risen.

Thanks to the building pressure of people like you writing to their MPs, damning official reports, lobbying by the environmental charities' coalition Greener UK (of which the Wildlife Trusts is a member), peaceful but insistent protests of citizens via organisations such as Extinction Rebellion and the Youth Climate Strike, and awareness-raising campaigns such as those by the Wildlife Trusts (Wilder Future), RSPB (Let Nature Sing), WWF and Greenpeace, the issue of protecting our environment has never been more visible – and the chance of getting real tangible action in place to support our work has never been more possible. 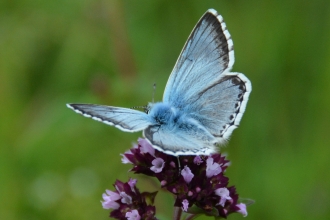 The IPCC released a report warning that we only have twelve years to take action to limit a global rise in temperature of 1.5°C 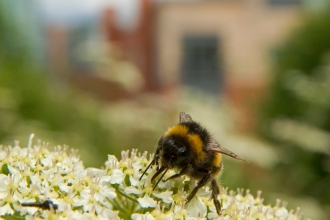 "We are eroding the very foundations of our economies, livelihoods, food security, health and quality of life worldwide.” 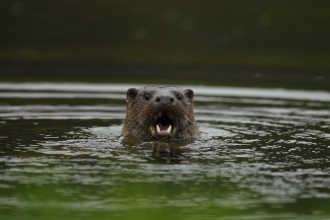 A cross-party group of MPs has called for the draft Environment Bill to be strengthened.

What we can do

A strong Environment Act with net gain biodiversity targets, the legal requirement for a Nature Recovery Network and, crucially, a watchdog that has the power to hold organisations including government to account, is the first step.

We need our MPs to understand that this is a vital part of any plan to halt the destruction of our environment and rebuild the natural world. It is vital that we all continue to let our MPs know how much we care about this issue. We need to keep the pressure up.

You can make a real difference at this crucial turning point, as MPs are faced with the overwhelming science, the will of their constituents and an Environment Bill which they could influence that is going through government as we speak.

The Time is Now

As part of GreenerUK, we are holding a mass lobby event in Westminster where thousands of people will gather to (politely) speak to their local MPs, all on one day. Help us to make a real impact by joining us on Wednesday 26 June (and get in touch with us here at the Wildlife Trust BCN if you'd like to see a friendly local face while you're there!)

Contact your MP   Join our Campaign for a Wilder Future

Join us on a mass lobby of MPs on 26 June

The Time is Now

The People's Walk for Wildlife sets out from Hyde Park 22 Sep 2018. Photo by Sophie Baker.

The State of Nature in the BCN Area