As mitigation for wildlife habitats lost in construction of the Luton Dunstable Busway in 2012, the Wildlife Trust took on the care of three pieces of land adjacent to the Trust’s Blow’s Downs nature reserve, on the edge of Dunstable. The project has been overseen by a steering group including officers from Luton and Central Bedfordshire Councils. The three areas are Chaul End Field (at the eastern end of Blow’s Downs), the Hayfield and the Paddocks at the north-west edge of the site. At that time parts of Chaul End Field and the Paddocks were designated as County Wildlife Sites but the rest of the land had no wildlife designation.

Since then the Trust have carried out habitat creation and management on the sites including translocation of orchids to the Hayfield and Chaul End, sowing local wildflower seeds at the Hayfield, establishing a wildlife-friendly grazing regime on the Paddocks and clearing scrub, brambles and other invasive plants from Chaul End Field. Surveys were carried out during 2012 of plant and invertebrate species, then repeated in 2017. The 2017 results showed a marked improvement in the number and diversity of both plants and invertebrates (an increase from 27 to 52 Nationally Scarce invertebrate species over all three locations).

The new survey results are such that the County Wildlife Site Panel for Bedfordshire has agreed to extend the County Wildlife Site designations to include the three mitigation sites in their entirety. Wildlife Trust BCN reserves officer Esther Clarke, who has overseen much of the work, says: “After just five years we are very pleased to have been able to make so much difference to these sites and to have created such great habitat from what were previously fairly uninteresting fields. Our efforts to improve the areas for wildlife are really paying off and we’d like to thank all the volunteers, Youth Rangers and members of the public who have helped with much of this work.”

Dr Peter Kirby, who carried out the invertebrate surveys, says of the Hayfield: “The area has changed almost beyond recognition in the intervening years, and is now very obviously more floristically diverse, more flower-rich, and of higher invertebrate potential.”

Dave Perry of Luton Borough Council says: “This is an outstanding success for Esther and her team. It goes to prove that whilst there is always concern regarding loss of habitat with any construction project, particularly large projects like the Busway, with good planning, good management and dedicated teams it is possible to mitigate these losses and this story confirms this. Well done everyone.”

Habitat improvement work continues on these sites as across the whole of Blow’s Downs and the Trust hope to have even more outstanding survey results in another five year’s time. 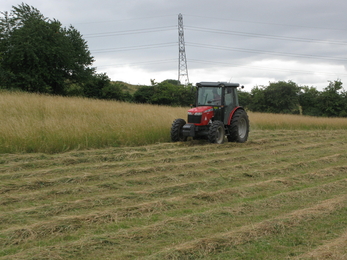 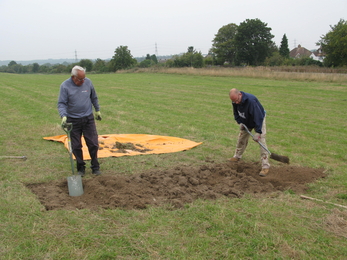 Clearing seed patches on the Hayfield by Esther Clarke 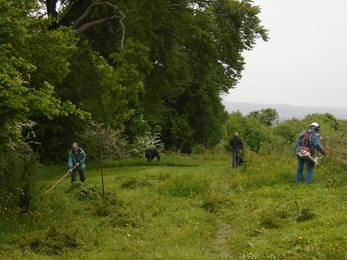 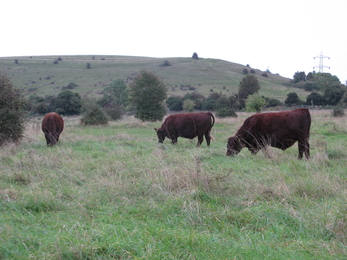 Redpoll cattle at the Paddocks, Beds by Esther Clarke 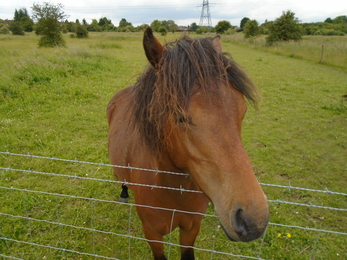 Pony grazing at the Paddocks, Beds by Esther Clarke

The Wildlife Trusts launch an initiative to kickstart nature’s recovery