Volunteers are helping us to monitor populations of hazel dormouse on our reserves and in the wider countryside. Here's an update on what has happened in 2016.

Volunteers are monitoring dormice Muscardinus avellanarius in five areas across Cambridgeshire and Northamptonshire. Over 50 volunteers are out surveying 35 transects across 14 woodlands and farms, all of which have been checked at least once this year. The most important areas have been visited up to five times with the final box checks taking place in October.

One of these important sites is a release site for re-introduced dormice (Brampton Wood), two have native populations recorded and the final two areas are focusing on dispersal from known sites. The study is therefore looking at the full spectrum of dormouse presence and dispersal. 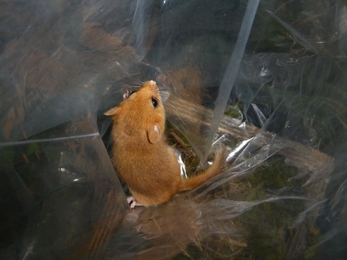 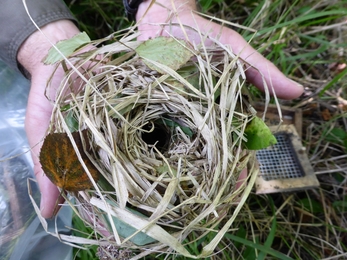 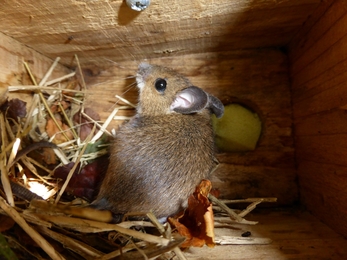 The completed record sheets from 2016 have been entered so we can give you a brief summary to date:

Thank you to everyone who has volunteered their time for this project, it’s an amazing effort! Special thanks to the Activity Leaders who have organised the teams and ensure licence holders can get to every transect as needed. Thank you too to those working behind the scenes making boxes and keeping tracks clear.

*box occupancy being defined here as % of boxes in which a dormouse or dormouse nest was found on at least one occasion.

On the Watch for Water Bugs

Juliette Butler explains how you can learn how to identify water bugs in your garden pond, or local waterways

Getting wilder by the year

Discover how our 30 Days Wild challenge can breathe new life into your relationship with nature.

Fundraising & Supporter Assistant Fiona has been planting a patch of wildflower meadow in her garden. Even a small patch of…