Diary of an intern at Trumpington Meadows

The second intern from Cambridge University at Trumpington Meadows, Jazz, lets us in on her volunteering diary...

Hi, my name is Jazz, and I’ve been doing an internship with the Wildlife Trust BCN at Trumpington Meadows this summer. I’m about to start my third year studying Ecology at the University of Cambridge, so it’s been amazing to gain some hands-on experience of what it means to work in conservation.

This is a week in my life as an intern.

On Mondays we check our trail cameras. Each week we set up two, trying to find the perfect spot to capture something really special - maybe a badger, or an otter swimming down the river that runs through the reserve. Most weeks we are rewarded with hundreds of 30 second clips of cyclists, which we then have to watch and delete, just on the off chance that the cyclist was commuting into Cambridge accompanied by any number of hedgehogs, deer, and mice. Rather like a disney princess but wearing considerably more lycra! But we continue to watch, spurred on by the adrenaline rush of wondering whether the next video will be the one we were waiting for.

Two weeks ago, we found an owl. She was sitting just to one side of the screen, looking up at the camera, her eyes reflecting the light. This week we had no such luck, but we’re hopeful that we’ll find one of those elusive badgers next week!

Most people, when they talk about good weather, mean that it is hot and sunny. Today, I would have given anything for some classic British rain!

...while it may be a shame to see the meadows looking bare at the end of the summer, the long term benefits are clear, and almost enough to get us through a full day's work of mowing, raking and loading the cut hay into the trailer.

We spent the day helping out with mowing an area of grassland in the South of the reserve. Every summer the meadows are cut and the resulting hay given away as hay bales, either to farmers for their livestock or to allotment holders looking for a mulch. This takes nutrients out of the soil, which encourages the grassland to have a high diversity of different plants in the future, and prevents the growth of too many stinging nettles (which thrive in nutrient rich soils) or saplings seeded from hedgerows encroaching into the meadows. So, while it may be a shame to see the meadows looking bare at the end of the summer, the long term benefits are clear, and almost enough to get us through a full day's work of mowing, raking and loading the cut hay into the trailer.

Most summers, the reserve benefits from the help of teams of volunteers, but with social distancing measures still in place, the amount of help available is limited. Today there are 4 of us. While it’s hard work, especially in such hot weather, looking at how much of a difference you’ve made by the end of the day is incredibly rewarding. And the blackberries I get to pick and eat from the hedgerows help too.

Today we set up thirty reptile refuges around the nature reserve. At Trumpington Meadows, the reptile we see most often is the barred grass snake, but you might also spot a common lizard or slow worm. Our refuges are black, corrugated bitumen sheets. The corrugated shape creates spaces underneath for reptiles to shelter, and they may even lie on top to heat up in the sun. Lizards like sunbathing too!

We placed each one in a place where we thought reptiles were likely to be living, usually on the boundary between different habitats, such as the border between an area of small trees and meadow. These areas offer reptiles shelter, but also a place to get some warmth from the sun. For every refuge sheet we place, we use GPS to record the location so that we’ll be able to find them again later.

There are more than 2,500 moth species known to be in the UK. Luckily, when we set our weekly moth traps we don’t get quite that many, but it can sometimes feel like it!

On Wednesday afternoons, we set up a moth trap. It is essentially a large container with a light that attracts moths overnight. They can get in easily but struggle to get out, so settle down on some of the egg cartons we fill the trap with. The next morning, we open the trap up to identify and count the moths, before releasing them.

The diversity of butterfly species in the UK has astounded me, and there are butterflies I see almost every day now that I didn’t even know existed a few months ago.

In the afternoon, we carried out a butterfly survey to contribute to the UK Butterfly Monitoring Scheme. I find it fascinating just how much the number of each species changes every week. After finding only 3 common blue butterflies on our first survey, today just 3 weeks later we saw 67. We have consistently seen clouded yellows every week, which migrate from North Africa or Southern Europe each year, and we occasionally spot a small blue.

One of the best things that I know I’ll take away from this experience is my identification skills. When I started the internship, I could probably have told you what a red admiral was, and not much more. The diversity of butterfly species in the UK has astounded me, and there are butterflies I see almost every day now that I didn’t even know existed a few months ago.

In what can only be described as a monumental coincidence after yesterday’s reptile setup, I saw a snake today! It was most likely a barred grass snake, but even after attending a course on reptile identification, nothing prepares you for trying to ID something that slithers away in under half a second.

My internship at Trumpington Meadows has been a fantastic experience, particularly in the variety of things that we have done and learnt about. I’m confident that it will stay with me throughout the rest of my time at university, and hopefully my career as an ecologist.

Events coming up at Trumpington Meadows.. 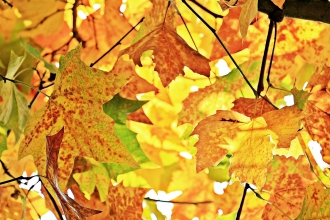 We are slowly reintroducing opportunities for volunteering across the three counties after a hiatus during the Covid-19 lockdown.

Trust promoter Harry Hog has been out and about at Waresley Woods and Trumpington Meadows, making the most of the last flush of summer…

Beyond Lockdown - A volunteer's perspective

Lockdown has had a big effect on all of us, not least our volunteers, many of whom had to stop work with us altogether at the height of…

Locked out during lockdown: My summer at Trumpington Meadows

One of our Trumpington Meadows interns from Cambridge University, Sam, gives us the lowdown on what got him involved with nature…