Our CEO Brian Eversham reflects on the role of the David Bellamy in his life and in the wider world of nature conservation.

With the death of David Bellamy on 11 December, this Trust has lost a vice-president; and the conservation and natural history world has lost a passionate communicator who was at heart a field naturalist.

I first met David when I arrived in Durham as an undergraduate in 1979. He was the most energetic and wide-ranging of all our lecturers, but better still, he gave up his Wednesday afternoons to lead unofficial field trips into the Pennines for students who wanted more outdoor botany than an increasingly-biochemically-focussed ‘Botany’ department could fit in. Learning moss and liverwort identification in the field from a great enthusiast for peatlands (his PhD had been a review of peatbogs across Europe, in 1960) was an unforgettable experience. It emphasised David’s commitment to his students, and the need to learn about whole plants, in their habitat, if they were to understand ecology.

This theme, of plants in their habitats, ran through many of his television series. I particularly remember Bellamy on Botany (1973) and Bellamy’s Britain (1975), which had helped hook me on natural history and ecology in my teens. He was unique among television naturalists in making plants as exciting as animals, and often focusing on nature close to home. While I was in Durham, he was working on Backyard safari, in which a miniaturised Bellamy had close encounters with a range of garden invertebrates. As a result, the first identification guide I wrote - a key to slugs - appeared in the book of the series, and probably helped me get my first job.

Throughout his life, David donated a high proportion of his time to conservation charities. He was national president of Wildlife Watch and later of the Wildlife Trusts movement, and a vice-president of our local Trust. He took part in several events on our patch, opening our Old Sulehay Nature Reserve in 2000, when he made time to talk with each of the active volunteers who had helped us buy the reserve. I last saw him when at the funeral of Max Hooper, renowned ecologist and former head of Monks Wood Experimental Station, a founder member of the Northants Naturalists’ Trust, and a friend of Bellamy since their student days.

I shall always be grateful to David for the help he gave me at the start of my career, and for enthusing the general public about botany in his own unique way. 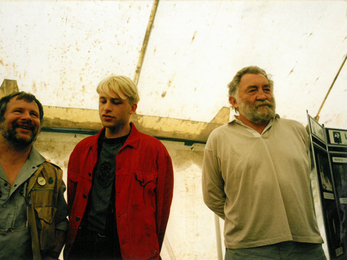 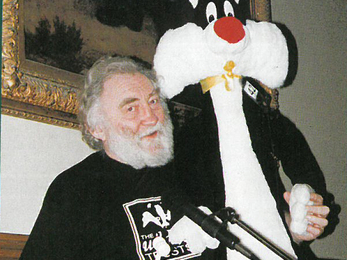 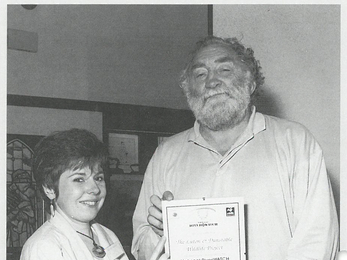 David Bellamy presents a national award to Luton and Dunstable Wildlife Project Officer Carolyn Holmes for her contribution to the national RiverWATCH project in the 1990s.