Wild Churchyards Are Us

Wild Churchyards Are Us

All Saints Church, Grafham, Cambridgeshire has been awarded a bronze plaque in our Conservation Churchyard Awards scheme

On Sunday 4 October, making light of the rain, a congregation gathered at All Saints Church, Grafham, Cambs - including those who actively encourage the churchyard to run wild . . . The Wildlife Trust BCN's Conservation Churchyard scheme helps inspire the increase of wildlife in churchyards, and in the 2020 awards, a bronze plaque has been awarded to All Saints. Patron of the scheme, the Bishop of Ely, the Right Reverend Stephen Conway, attended and delivered a Harvest service with a focus on biodiversity and a specific celebration of what they had achieved, and afterwards the congregation dispersed wildflower seed bombs in the churchyard.

All Saints got involved in the scheme 18 months ago, after parishioners had consulted an ecologist and realised the benefits for wildlife by allowing some areas to remain wild rather than always mowing the entire churchyard. Diana Cook from the Wildlife Trust visited and explained which areas to mow, those not to mow - and why. In a group spearheaded by Debbie Russell, Hazel Powell and Jill Tyack they have worked very hard during the last year, as Hazel Powell explains: "Debbie drew up a spring and summer meadows plan and we sewed some wildflower seed - such as yellow rattle, and plug plants of cowslips, poppies, cornflowers, and we're so pleased with the bronze award. We held a bioblitz to see what species were visiting, with traps for hedgehogs and mice, and used bat detectors to monitor bats, it was great. Obviously with Covid we haven't been able to repeat that yet, but the work continues: we have added a bird bath, bird boxes and a bug hotel, and are now aiming for the silver award which means sustaining the work over two years."

Churchyards and graveyards can be havens for wildlife: many birds nest and feed in them, wildflowers grow, and their trees are often an important feature of a village, playing a significant role as part of the mosaic of important sites for wildlife across our region. Grassland habitats within churchyards are particularly important havens for wildlife, such as wildflowers, butterflies and insects and can often form the remaining fragments of old, unimproved, wildlife rich grasslands. Any churchyard can enter the scheme and will receive an advisory visit and plaque to display - there are bronze, silver and gold awards to be worked towards. The bronze award is aimed at churchyards which are starting out to manage their churchyard for wildlife, with a management plan required and a start on some conservation work. 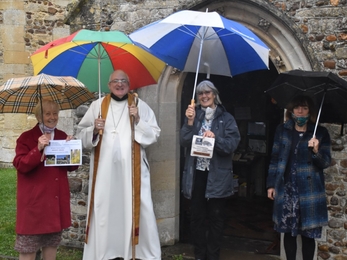 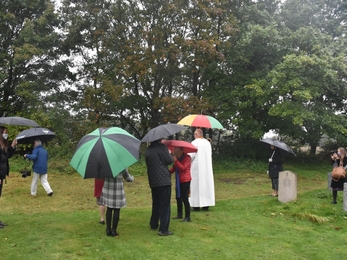 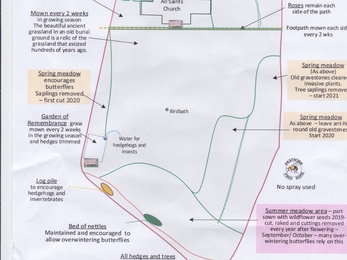 Proposals for significant new housing and infrastructure development are bypassing critical safeguards for the environment. We are…

Major habitat enhancement work will be taking place at Summer Leys nature reserve, Northamptonshire, thanks to funding from Natural…