Their Royal Highnesses The Prince of Wales and the Duchess of Cornwall attended the Prince’s Countryside Parade, held at the Royal Cornwall Show on Thursday 7 June. The Parade comprised of 58 of HRH’s rural patronages - including The Wildlife Trust BCN Great Fen - with a total of 450 volunteers (and 40 animals), split in to six sections representing all parts of rural life, from waterways, to livestock, to food and farming.

Great Fen Project Manager Kate Carver said: “Six staff and volunteers from the Great Fen took part in the parade carrying a giant puppet of a grey crane. We were thrilled to be part of such an exciting event and honoured to have the chance to speak to His Royal Highness after the procession.” 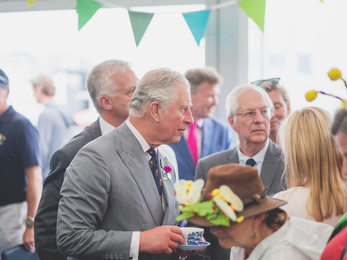 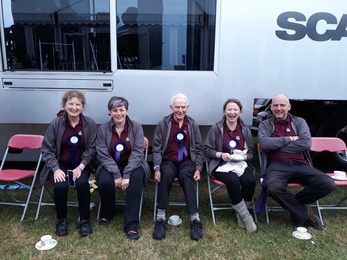 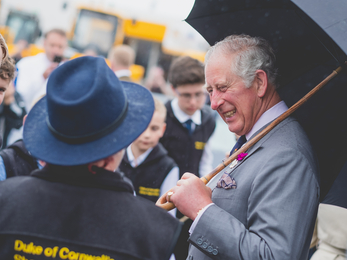 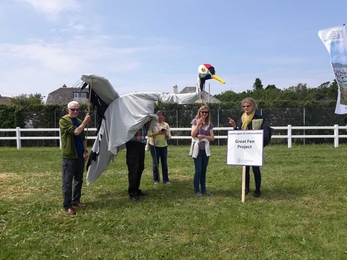 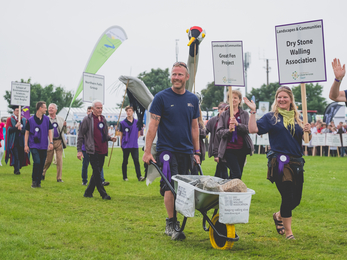 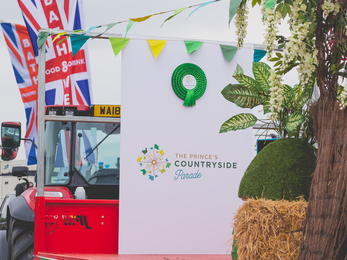 The Parade culminated in Their Royal Highnesses The Prince of Wales and The Duchess of Cornwall being presented with an oak tree and a two-month-old Boreray lamb named Bryher, led in the Parade and bred in Cornwall by local farmer Jowan Bobin. At 15, Jowan is the youngest member of the Cornwall Rare Breeds Survival Trust Support Group committee.

The Boreray sheep, also known as the Boreray Blackface or Hebridean Blackface, is the smallest and rarest of all the UK’s native sheep breeds. Though still the most endangered, since HRH became the Patron of the Rare Breeds Survival Trust in 1978, the Boreray has changed from being a category one critical breed, to being a category three vulnerable breed.

Following the Parade, Their Royal Highnesses attended an afternoon tea to meet with many of the volunteers, supporters, and parade participants.

Tackling climate and nature emergencies together

In a new report published today The Wildlife Trusts demonstrate how a variety of natural landscapes in the UK can store carbon, making…