https://twitter.com/RyanClarkNature
Monitoring and Research Officer
Inspired by the article on churchyard wildlife in the spring 2018 issue of Local Wildlife? Find out more about the amazing lichens that can be found in churchyards – and how to protect them.

Look closely at churches and structures in their churchyards and a hidden world will be revealed before your very eyes. Lichens are fascinating organisms, they are often overlooked but are essential to a whole variety of other species and beautiful in their own right. They also make excellent environmental indicators! Northamptonshire Biodiversity Record Centre’s WILDside Project is all about encouraging recording of wildlife in Northamptonshire, even more obscure groups like lichens.

What makes churchyards so good for lichens?

What makes churchyards so good for lichens and how can we conserve them? Mark Powell explains: "Lichens in churchyards, churches and their memorials are often the oldest man-made stone structures in the local landscape. Many churchyards have changed little over decades or centuries and this has provided the ecological continuity that slow-growing species need to become established. This antiquity, along with the diversity of stone types, often results in a remarkable diversity of lichen species.

There are still many lichens we encounter in lowland churchyards which aren’t properly understood, some of which are almost certainly undescribed species.

"In lowland Britain, where there are few natural stone outcrops, churchyards are usually the most important sites for lichens that grow on stone. Generally, the oldest stones (church walls and old memorials) support the most notable lichens. Old weathered wooden structures, particularly those that are untreated with preservatives, are an increasingly rare habitat in the landscape. Old gate posts, lych gates, wooden grave markers and bench seats are sometimes of great importance. Lichens also grow on mosses, pebbles, chippings, trees and on the ground (especially within curbed graves). Some churchyard lichens are rare, and a few are restricted to churchyards. Lichens are links in an ecological chain. Many invertebrates, including moths, depend on lichens for food and shelter.

"Church buildings are also of importance for the interesting communities associated with metal-contaminated stonework. Copper compounds leaching from roofs and lightning conductors often stain stonework blue and stimulate specialist lichen communities. Old iron window grilles turn limestone windowsills rusty brown and create a different community. Such windowsills are often dominated by Verrucaria obfuscans, a species added to the British list as recently as 2015. There are still many lichens we encounter in lowland churchyards which aren’t properly understood, some of which are almost certainly undescribed species." 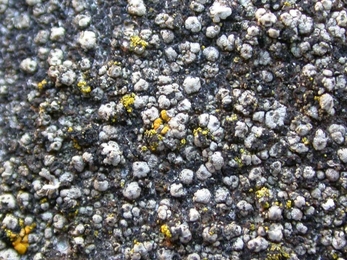 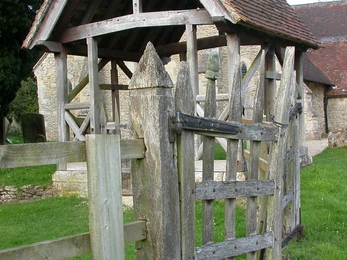 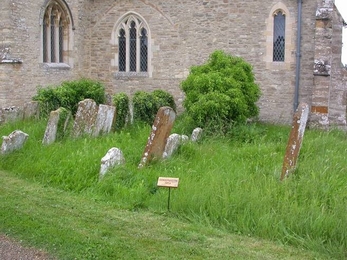 Management of churchyards for lichen conservation

The survival of lichen diversity is dependent on how the churchyards are looked after. The main threats are as follows:

The British Lichen Society can provide further information and advice. For example, a free survey could be carried out to see if the lichen communities are of conservation value. A lichenologist could come and meet with parishioners to talk about lichens and explain about their conservation. Advice can be given about how to make repairs in a way that lichens are protected, while disruption of the work is minimised.

Get your copy of Local Wildlife

On the hunt for hoverflies

We'll be live on Twitter at 5.30am on Sunday 3 May. Practice your birdsong ID and get involved!